Most people who have dyslexia are smart, yet have difficulty with basic academic skills such as reading, spelling, writing, arithmetic, or paying attention. They are visual thinkers, are often intuitive and highly creative, and they excel at hands-on learning. But because they think in pictures, it is hard for them to deal with letters, numbers, symbols, and abstract words for which they have no mental images.

Dyslexic people can learn to read, write, and study effectively when using methods geared to their unique learning style. 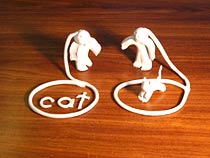 GET IN TOUCH NOW!

Explore how Desmond Smith and his staff can help you or your child. We would love to hear from you!